The direct cost of enclave transitions

We consider the latency of enclave exit and enter instructions as the direct cost for enclave transitions. We find that they are an order of magnitude slower compared to traditional system calls. In fact, since our first analysis, the direct costs have risen in SGX since these instructions are also used to mitigate speculative execution attacks, resulting in even higher latency.

The indirect cost of enclave transitions

When an enclave exits, its execution state gets partially evicted from the caches and other micro-architectural buffers in the CPU. As a result, when the enclave execution is resumed, the enclave state needs to be restored. We refer to the associated overhead as indirect costs.

For example, when ignoring direct costs and comparing to native execution. Receiving large network requests that result in LLC pollution can be up to 2x slower due to higher LLC misses costs. Reconstructing virtual-to-physical mappings when traversing linked lists after enclave transitions can result in an even higher 6x slowdown due to TLB shootdowns. 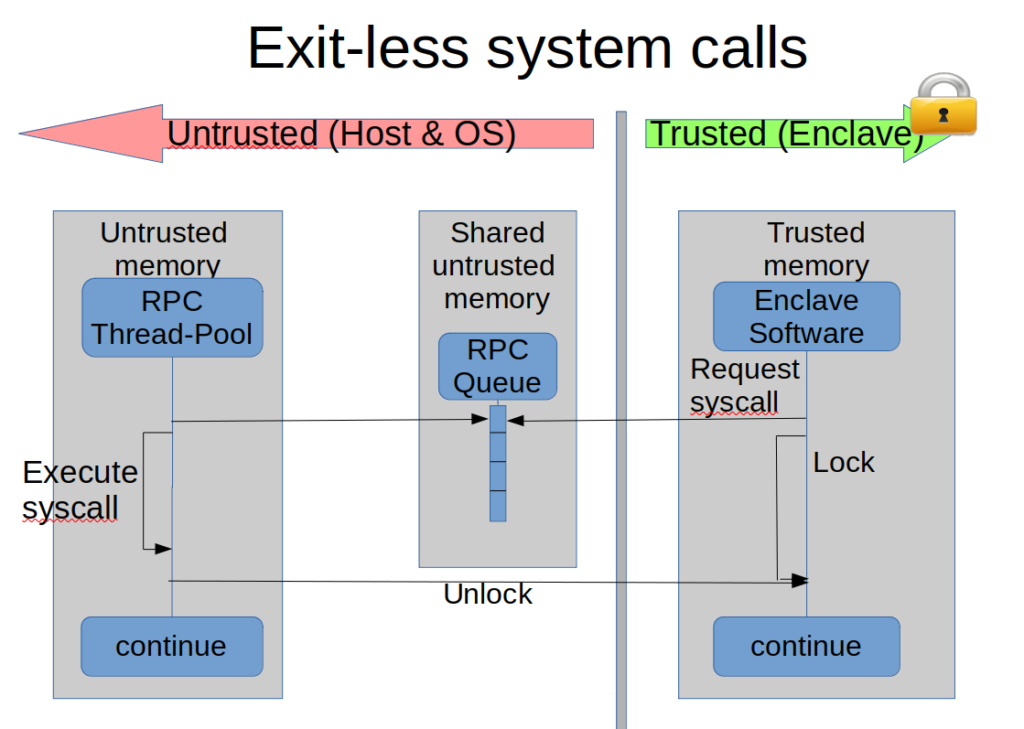 The RPC mechanism enables the invocation of blocking calls into untrusted code without exiting the enclave. The actual call is delegated to a worker thread, which executes in the untrusted context of the enclave’s owner process. As an enclave may execute multiple threads, we propose to maintain a thread pool with multiple worker threads that will serve the requests in case they happen in parallel. 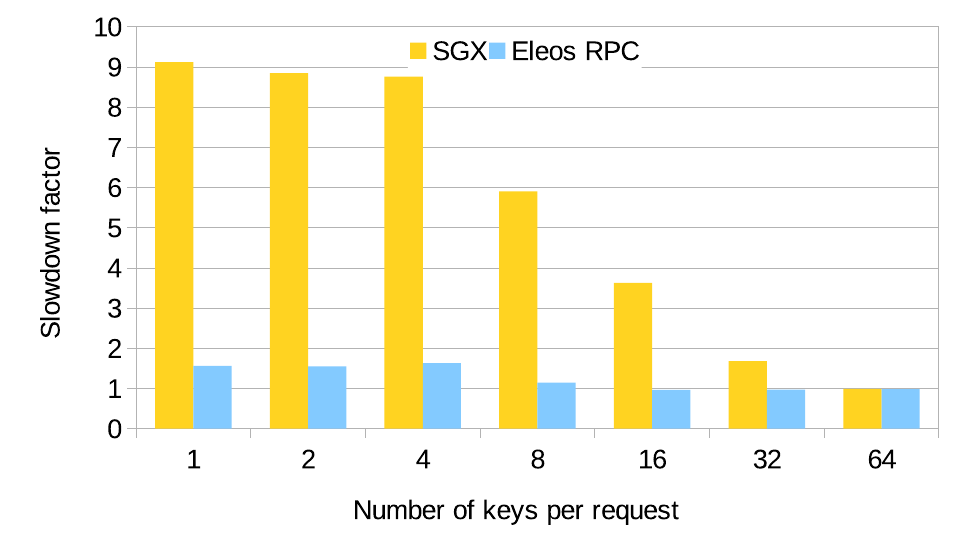 We see the exitless mechanism almost completely eliminates the overhead due to system calls. Batching requests hides the slowdown as the exit cost has a smaller overall effect.

Finally, we observe that using Intel’s cache partitioning technology can further reduce the indirect costs of LLC pollution by having the untrusted system software and the enclave use different portions of the LLC.